The choice tonight was to weave in the garage where it’s started to get quite cold, wind a new warp or stay where it’s warm and take the time to catch up with the blog.  Guess what won? 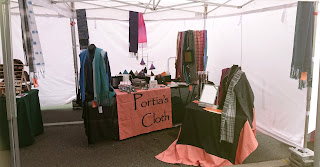 and if I had written a post just for that outing, the title would have to have been ‘Too good to last’.  On the 2 previous occasions, here and here, we’ve been up the ‘better’ end of the street.  No trams, good cafes, good ice cream shop and kind weather as well.  I guess it was our turn to be up the not so good end of the street at what was more a foot path (sidewalk) festival than a street festival.  For readers not familiar with the workings of a tram system, there are a few points where the trams can reverse and go back down the other side of the track and clearly, when part of the road is closed to trams, they need to reverse somewhere to service the rest of the line.  The reversing point was just at the back of the row of tents, so close in fact that when there was a barrier extending from the back of a tent a couple up from mine, the tram hit it and caused half the tent to collapse.  However the problems started even before the tent collapse.  We had been sent instructions to use a parking area quite close to where the tents were.  We arrived in good time complete with the directions we had been sent, to find a very cross woman, who was just trying to run her business using the same parking area.  We said this was what we had been told to do, waving our instructions and she told us sternly that it wasn’t a legal document and we were not parking there.

Rather than facing the street and being part of the action, our tents faced the footpath and there was a step down to the gutter for anyone who wanted to look more closely. Fortunately  for us, we looked into the church yard. 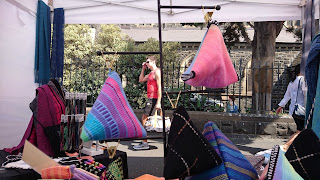 There were not a lot of people going past, and we had trams behind us, about a foot from the back of the tent, at very regular intervals. The local shops were very limited and it was just so hot. Surprisingly, I did manage to sell a couple of scarves even though I thought it was far too hot to even think about trying them on.

At the beginning of the day I had managed to get everything to the tent with assistance from some of the members of the Rotary Club who run the market and had then parked some distance away.  During the day I realised that getting packed up could be an issue as I had brought a few extra things, thinking I would just be able to park outside the tent.  I didn’t want to leave everything unattended in the middle of the road so I took the suitcase full of weaving and my favourite folding table back to the car with some effort. I moved the car a bit closer, and the market gods must have been looking after me as the parking place closest to my tent was vacant when I needed it. Somehow, I managed to get everything else back to the car in just one more trip – but I know I had at least 3 trips worth of stuff to move.  Never underestimate a determined woman who just wants to get home and out of the heat!

I’ve finally finished the white runner, including proper hemstitched hems.Here’s a couple of photos though it’s hard to show the detail well when it’s white on white 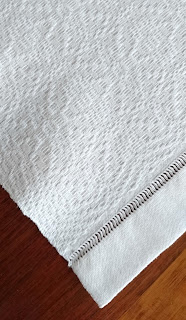 I’ve managed quite a bit of sewing, possibly inspired by Polly my new assistant although I now realise that having gone to all the trouble of adjusting her to fit me, I’ve managed to lose enough weight that she’s probably now bigger than I am.

I wrote last post about using the pattern from Burda 3/2016 to make a knit dress, then a woven top.  Since than there have been 3 more knit tops, 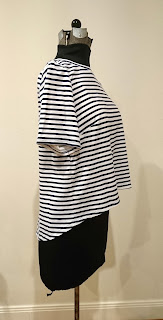 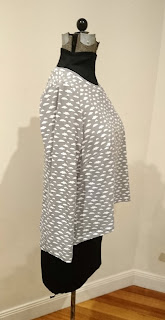 especially the last.  At a distance, it just looks like a repeating design 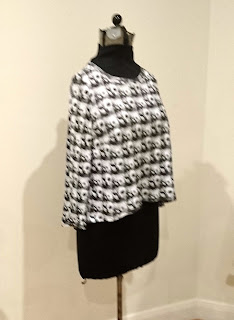 but up close the little cat faces become obvious, 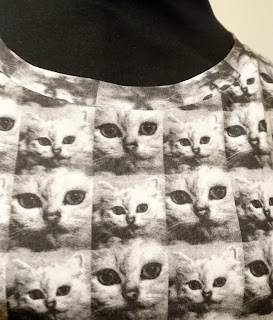 much to the delight of cat lovers.

I saw some upholstery fabric that spoke to me and managed to draft a jacket pattern from a favourite in my wardrobe.  I’m happy with the result 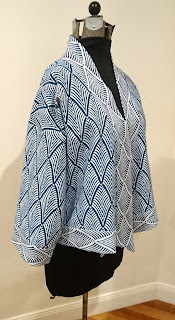 and can think of other ways to use the pattern as well.

A couple of weeks ago I needed to have a day procedure, nothing drastic and results all good.  It was at least 20 years since my last encounter with the hospital end of the medical system.  I remembered the long wait last time and went prepared with some kumihimo braiding. 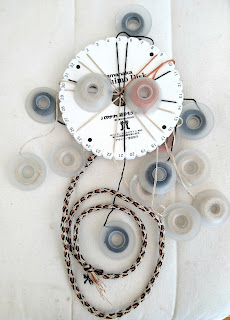 I got some strange looks but just kept on braiding and 5 hours of waiting later I’d done about a metre.  In case you're wondering the design is my kumihimo version of leopard skin, here's a close up 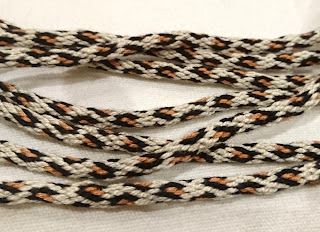 As I was in recovery, I studied the heavy cotton blanket and was able to analyse that most of it was leno, 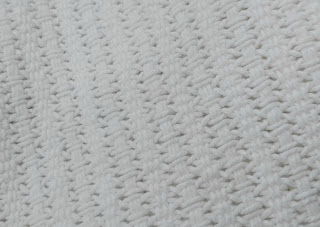 with what appeared to be a summer and winter border that included the name of the laundry in very long floats.  When I moved on to a critique of the border – floats far too long to withstand the rigors of a hospital laundry – I knew I was just fine.  I even took photos but clearly I was not quite as fine as I thought, because I was sure I took a photo of the other side where the floats were much worse but somehow ended up with this one 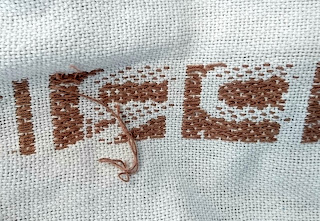 of the better side.

Apart from all that I've been to the April and May Hawthorn Makers Markets with reasonable sales.  There's some renovation going on near our usual spot.  Hopefully by the time winter comes the second set of doors will be finished and it will be a warmer inside 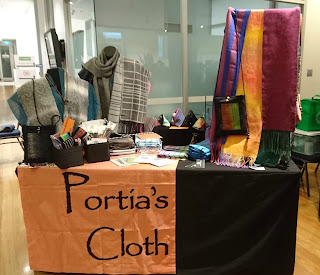 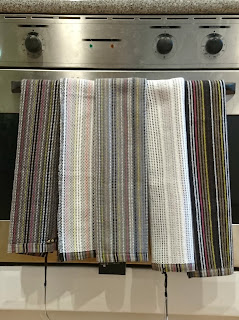 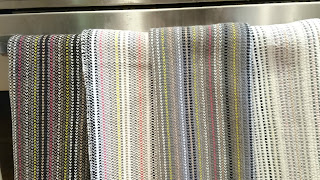 as well as a set in blue tones, using every blue, green and aqua yarn in the stash 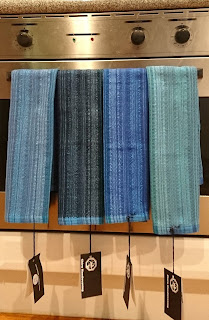 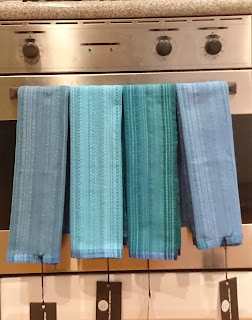 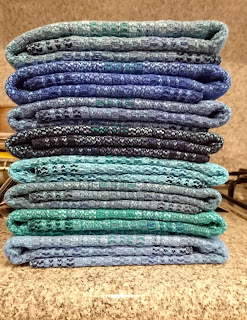 I still have lorikeets in my garden, when I looked they were playing close attention to the lacrosse game on the oval 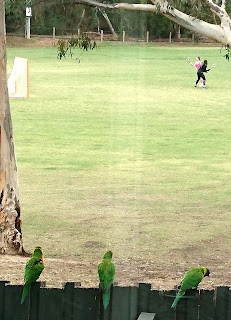 I'm off to wind a new warp